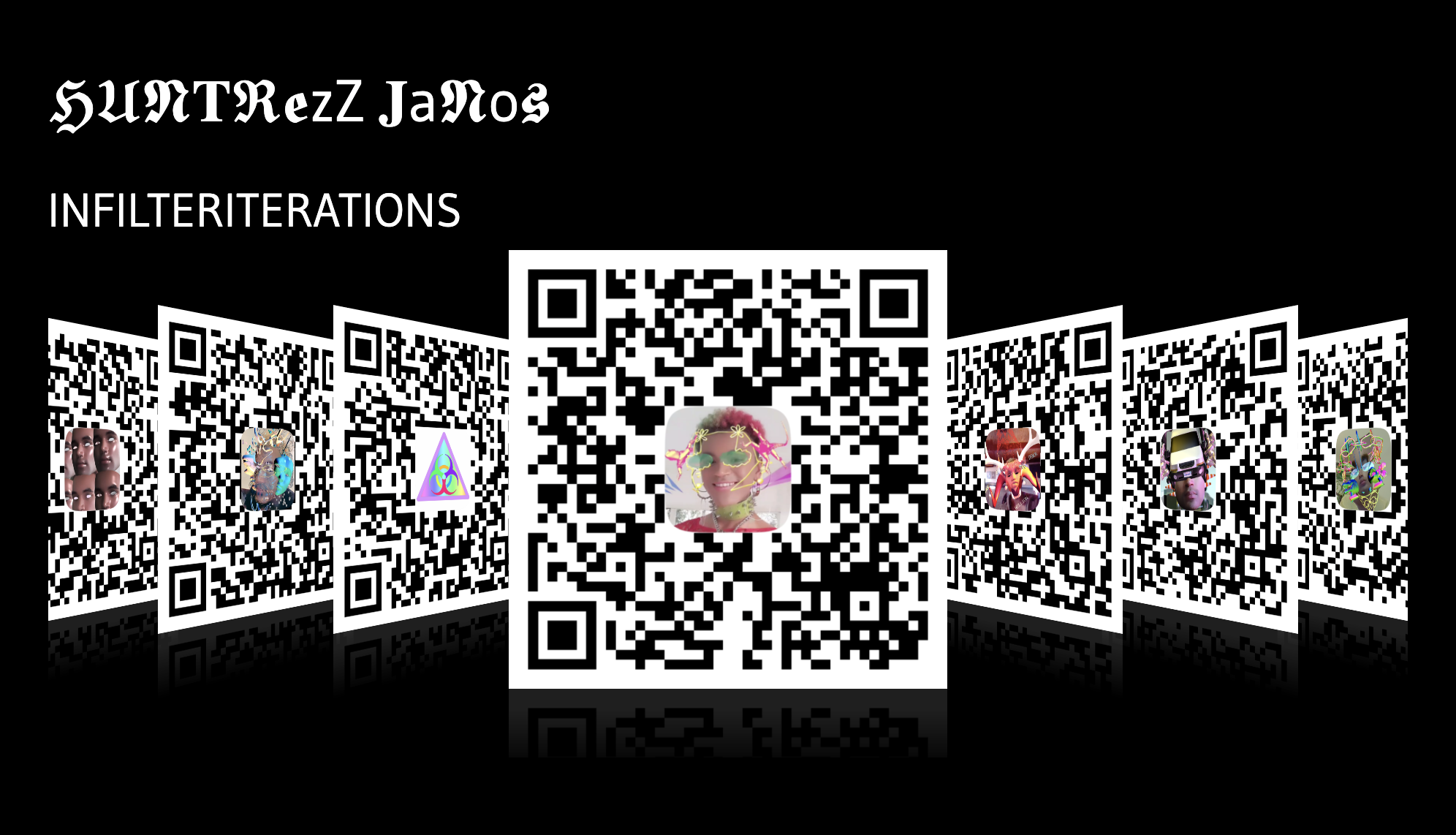 Join us for an outdoor celebration of the TRANSFER exhibition Infilteriterations from Huntrezz Janos, and debut of Who do you Protect? a short documentary film production from The Future Left, created in partnership with People’s City Council LA.

Infilteriterations features two new series seeded during the pandemic. Huntrezz’s face filters are playful musings on identity and isolation, and her protest videos are created from the artists’ first-hand experiences on the streets of Los Angeles during the social justice uprising of 2020.

In her multi-layered face filters, Huntrezz weaves an augmented reality mythology of the self. Drawing upon a long lineage of masks used as symbolic narrative devices, Huntrezz’s filters introduce fantastic and impossible characters that represent different real, imagined, and daydreamed happenings in her life. Huntrezz synthesizes sharp renders with anarchic vaporwave aesthetics to explore the fantasies of a Black, Non-Binary artist grappling with her lived realities of systemic violence and exclusion.

With her protest videos, Huntrezz adds her voice to Black Americans’ cries for justice against police brutality in the wake of the murders of Dijon Kizzee, Breonna Taylor, George Floyd, Ahmaud Arbery, Jacob Blake, and countless others. Overturning traditional power structures, the works showcase the artist in larger-than-life situations in which they reclaim agency and authority, thwart the police, and emerge victorious against ingrained systems of violence. This body of work is a proclamation for a future of equality, and a refusal to submit to racist, violent, and transphobic worldviews and oppressive computational processes alike.

In Infilteriterations Huntrezz offers a new reality, one where the oppressed can rise up and defeat their aggressors and anyone can experience true self-realization. The works in this exhibition are self-published by the artist in the public space of the internet, and can be viewed on Huntrezz’s instagram page. With this exhibition the works are sown into physical space through iterations: render residency, street-level activations, storefront pop-ups, private views and more manifestations. Follow @transfergallery for updates on activations.

Huntrezz Janos (b. 1996, Los Angeles) is an Afro-Hungarian trans-fem alien with a degree in Experimental Animation from California Institute of the Arts. She has evolved alongside humanity since days yet to come, and was born in Los Angeles. She exists in a quantum state and makes art in a future that has long passed. She worships the number zero, and her mind and body are always in flux. Huntrezz is currently making work across mediums and collaborating with a diverse array of human beings. She presents her range of works in painting, music, animation, and performance almost weekly in different venues across LA.

Recently, Huntrezz’s work was featured in Junglepussy’s MAIN ATTRACTION video, Tate Britain’s Late at TateSeries, and ‘Beyond Embodiment’ a group exhibition at the Brand Art Center in LA.