For the closing of his exhibition, Temkin has invited over 50 artists to produce a piece of artwork counterfeiting the work of another artist of their selection

By Appointment Anytime with the director@transfergallery.com

‘Art: Daniel Temkin’s ‘glitchometry’ is a testament to the beauty of internet art’, It’s Nice That 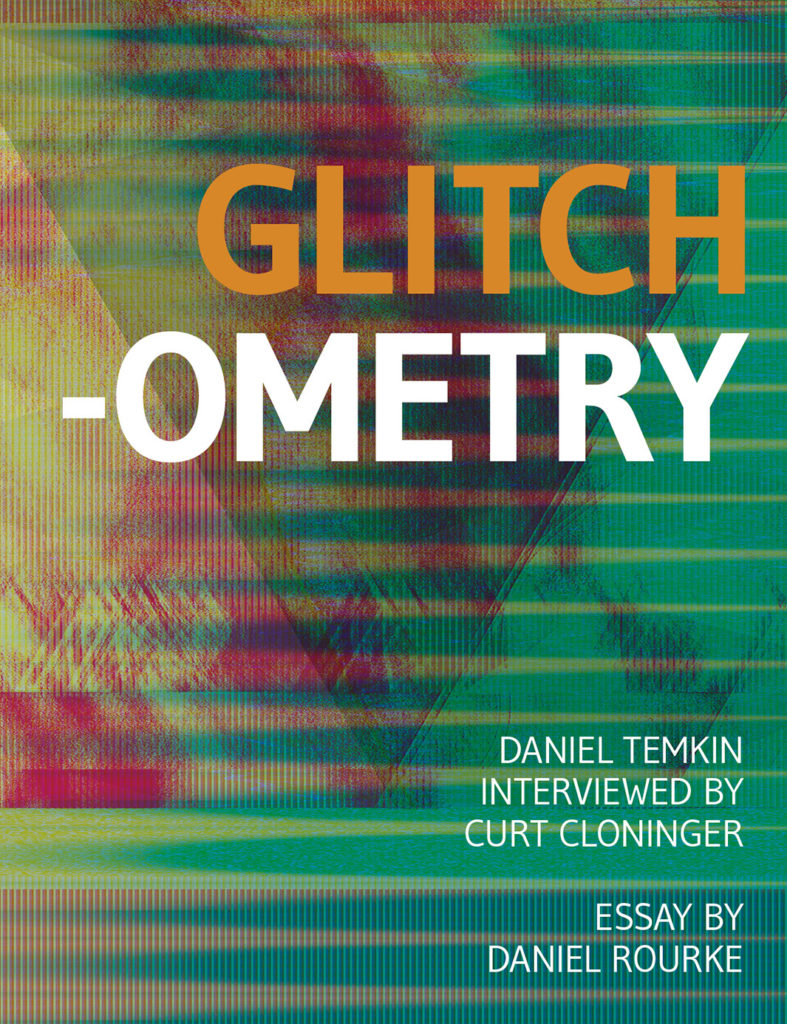 A publication will accompany the exhibition which includes an interview with the artist by Curt Cloninger — one of Temkin’s collaborators — along with an essay from Daniel Rourke, an Internet scholar who expands on Temkin’s larger practice.

Glitchometry is an ongoing body of work from Daniel Temkin, an artist and programmer who produces humanistic collaborative works with the machine. The collaboration is an uneasy one, where the artist and algorithm have conflicting agendas and trade off control in building the work. The result is an exploration of our relationship with machines; a collision between our desire for accessible forms in chaotic processes and a compulsiveness arising from our attempts to think logically.

In his emphasis on process over product and on the constraint system defining the work, Temkin recalls both the ‘structures’ of Sol LeWitt and Gerhard Richter’s Abstraktes Bild, with its ambivalence of authorship within a system.

Temkin’s exhibition will close with Net Worth, a collection of forged artworks. Temkin invited over 50 artists to produce a piece of artwork counterfeiting the work of another artist of their selection, in hopes the collection will expose net art as a viable investment to big money collectors by establishing a shadow market, proving its ability to hide illicit profits and transfer them easily around the globe.

DANIEL TEMKIN makes images, programming languages, and interactive pieces exploring our inherently broken patterns of thought and the clash between human and algorithmic thinking. Daniel has spoken widely to both art and hacker audiences, at Media Art History (Liverpool 2011 and Riga 2013), CAA, GLI.TC/H conference in 2010 and 2012 (where he led a three-day session on Glitch and Oulipo), Notacon, and Hackers on Planet Earth, among others. He appeared on PBS’s OffBook episode on Glitch Art. His writing has been published in academic journals such as World Picture and Media-N Journal and has been taught at Bard College, Penn State, and Clark University.

Daniel received his MFA from International Center of Photography / Bard College in 2012. His work has been featured at American University Museum, Christopher Henry Gallery, Higher Pictures and Carroll/Fletcher.

More information is available at danieltemkin.com